The Explorer
The adventures of a Pythonista in Schemeland/6
by Michele Simionato
October 15, 2008

Summary
The subtitle of this episode is "The dangers of the benchmarks".

Benchmarks are useful in papers and blog posts, as a good trick to attract readers, but you should never make the mistake of believing them: as Mark Twain would say, there are lies, damned lies, and benchmarks. The problem is not only that reality is different from benchmarks; the problem is that it is extremely easy to write a wrong benchmark or to give a wrong interpretation of it.

In this episode I will show some of the dangers hidden under the factorial benchmark shown in the previous episode, which on the surface looks trivial and unquestionable. If a benchmark so simple is so delicate, I leave to your imagination to figure out what may happen for complex benchmarks.

The major advantage of benchmarks is that they make clear how wrong we are when we think that a solution is faster or slower than another solution.

For instance, add1 it is a function which increments a number by one and it is extremely fast. The time to sum 1+1 ten millions of times is 0.307 seconds:

If you measure the time spent in the loop and in calling the auxiliary function call, by timing a do-nothing function, you will find a value of 0.214 seconds, i.e. 2/3 of the total time is wasted:

Serious benchmarks must be careful in subtracting the wasted time correctly, if it is significant. The best thing is to reduce the wasted time. In a future episode we will consider this example again and we will see how to remove the time wasted in call by replacing it with a macro. 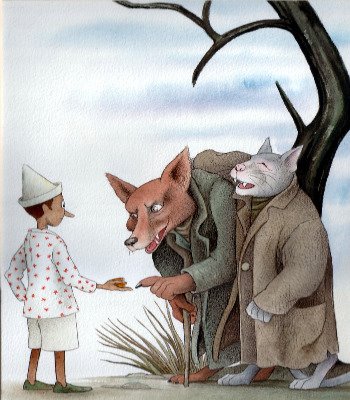 The issue of wasted cycles is obvious enough; on the other hand, benchmarks are subject to less obvious effects. Here I will show a trick to improve dramatically the performance by cheating. Let us consider the factorial example, but using the Chicken Scheme compiler. Chicken works by compiling Scheme code into C code which is then compiled to machine code. Therefore, Chicken may leverage on all the dirty tricks on the underlying C compiler. In particular, Chicken exposes a benchmark mode where consistency checks are disabled and the -O3 optiomization of gcc is enabled. By compiling the factorial benchmark in in this way you can get incredible performances:

We are 16 times faster than Ikarus and 173 times faster than Python! The only disadvantage is that the script does not work: when the factorial gets large enough (biggen than 2^31) Chicken (or better gcc) starts yielding meaningless values. Everything is fine until 12!:

Starting from 13! you get a surprise:

You see what happens when you cheat? ;) 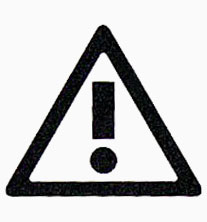 In this last section I will show a positive aspect of benchmarks: they may be usefully employed to avoid useless optimizations. Generally speaking, one should not try to optimize too much, since one could waste work and get the opposite effect, especially with modern compilers which are pretty smart.

In order to give an example, suppose we want to optimize by hand the factorial benchmark, by replacing the closure (call 10000000 (lambda () (fac n))) with the expression (call 10000000 fac n). In theory we would expect a performance improvement since we can skip an indirection level by calling directly fac instead of a closure calling fac. Actually, this is what happens with: for n=7, the program runs in 3.07 secondi with the closure and in 2.95 seconds without.

In Chicken - I am using Chicken 2.732 here - instead, a disaster happens when the benchmark mode is turned on:

The program is nearly ten times slower! All the time is spent in the garbage collector. Notice that this behavior is proper of the benchmark mode: by compiling with the default options you will not see significant differences in the execution time, even if they are in any case much larger (7.07 seconds with the closure versus 6.88 seconds without). In other words, with the default option to use the closure has a little penalty, as you would expect, but in benchmark mode the closure improves the performance by ten times! I asked for an explation to Chicken's author, Felix Winkelmann, and here is what he said:

Compiling with "-debug o" and/or "-debug 7" can also be very instructive.

That should make clear that benchmarks are extremely delicate beasts, where (apparently) insignificant changes may completely change the numbers you get. So, beware of benchmarks, unless you are a compiler expert (and in that case you must be twice as careful! ;)

Usually imperative languages do not support recursion too well, in the sense that they may have a recursion limit, as well as inefficiencies in the management of the stack. In such a languages it is often convenient to convert ricorsive problems into iterative problems. To this aim, it is convenient to rewrite first the recursive problem in tail call form, possibly by adding auxiliary variables working as accumulators. At this point, the rewritin as a while loop is trivial. For instance, implementing the factorial iteratively in Python has serious advantages: if you run the script

you will see a speed-up of circa 50% with respect to the recursive version for "small" numbers. Alternatively, you can get an iterative version of the factorial as reduce(operator.mul, range(1, n+1). This was suggested by Miki Tebeka in a comment to the previous episode and also gives a sensible speedup. However notice that reduce is not considered Pythonic and that Guido removed it from the builtins in Python 3.0 - you can find it in functools now.

If you execute the equivalent Scheme code,

you will discover that it is slightly slower than the non tail-call version (the tail-call requires less memory to run, anyway). In any case we are an order of magnituder over Python efficiency. If we consider benchmarks strongly dependent on function call efficiency, like the Fibonacci benchmark of Antonio Cangiano, the difference between Python and Scheme is even greater: on my tests Ikarus is thirty times faster than Python. Other implementations of Scheme or other functional languages (ML, Haskell) can be even faster (I tried the SML/NJ implementation, which is forty times faster than Python 2.5). Of course those benchmarks have no meaning. With benchmarks one can prove that Python is faster than Python is faster than Fortran and C++ in matrix computations. If you do not believe it, please read this ;)

That's all folks, see you next episode!