The Explorer
The Adventures of a Pythonista in Schemeland/9
by Michele Simionato
October 31, 2008

Summary
This episode is entirely devoted to Scheme macros from a personal point of view. Pattern matching is introduced as the fundamental mechanism on which macros are built.

A minimal introduction to Scheme macros

I think the correct way of looking at macros is to see them as a general facility to write compilers for micro-languages - or Domain Specific Languages, DSL - embedded in the Scheme language. The languages defined through macros can be very different from Scheme; for instance you can define object oriented languages (object systems such as TinyCLOS or Swindle are typical examples) or even languages with static typing (the new language Typed Scheme, built on top of PLT Scheme, is such an example).

In order to address such use cases, Scheme macros have to be extremely advanced, much more than Lisp macros and any other kind of macros I know of; as a consequence, they also have a reputation for complexity. Unfortunately, on top of the intrinsic complexity, Scheme macros also suffers from accidental complexity, due to history (there are too many standard macro systems) and to the tradition of not caring about readability (many Scheme constructs are made to look more complex than they actually are).

Scheme has two macro systems included in the de jure standard - syntax-rules, which allows to define hygienic macros only, and syntax-case, which has the full power of Lisp macros and much more - plus a de facto standard based on define-macro system, which is available in all implementations and it is well known to everybody because of its strict similarity to Common Lisp defmacro system.

Which macrology should I teach?

Since there are so many macro systems it is difficult to decide from where to start in a pedagogical paper or tutorial. If you look at the original Italian version of this paper, you will see that I did talk about syntax-rules macros first. However, after a lot of thinking, I have decided to go my own way in this English series of the Adventures. Here I will not discuss syntax-rules, nor I will discuss syntax-case: instead, I will discuss my own version of Scheme macros, which I called sweet-macros.

Why I am doing that? After all, why my readers should study my own version of macros when they surely will be better served off by learning the standard macrology used by everybody? I have spent years debating with myself this very question, but at the end I have decided to go this way for a series of reasons:

If you are an advanced reader, i.e. a Schemer knowing syntax-case/syntax-rules or a Lisper knowing defmacro, I a am sure you will ask yourself what are the differences of sweet-macros with respect to the system you know. I will make a comparison of the various systems in the future, in episode #12 and later on. For the moment, you will have to wait. I do not want to confuse my primary target of readers by discussing other macro systems right now. I also defer to episode #12 the delicate question are macros a good idea?. For the moment, focus on what macros are and how you can use them. Then you will decide if they are a good idea or not.

My sweet-macros library is a small wrapper around the syntax-case macro system. I release it under a liberal BSD licence. You can do whatever you want with it, just keep the attribution right. 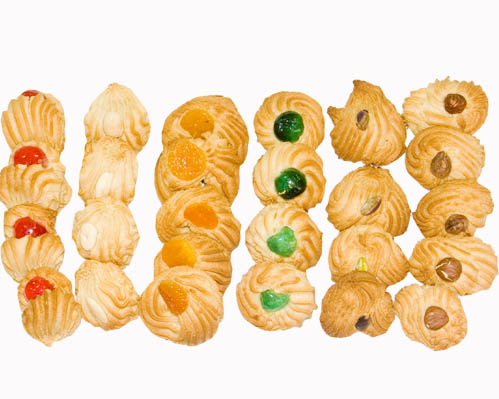 It should be mentioned that standard Scheme macros do not provide debugging and/or introspection facilities and that every implementation provides different means of debugging macros. This is unfortunate, since debugging macros is usually difficult and it is done often, since it is uncommon to get a macro right the first time, even if you are an experienced developer.

I wanted to provide my readers with the tools to understand what they are doing, without relying on the details of the implementation they are using. Therefore macros defined via syntax-match (and that includes macros defined via def-syntax) provide out of the box introspection and debugging features.

Of course, readers who want to rely on the debugging tools of their implementation can do so; for instance I hear that DrScheme has a pretty good macro stepper but I have not tried it since I am an Emacs-addict.

First of all, you should download and install the right sweet-macros library. Unfortunately the R6RS module system does not really solve the portability issue (to my endless frustration) so I had to write different versions of the same library :-( I you are using Ikarus you should download the single file version of the library

and put it everywhere in you IKARUS_LIBRARY_PATH. If you are using PLT Scheme (you need a version of PLT newer than 4.0 for R6RS support) you must download the zip file version

and install it in your collects directory, which on my machine is $HOME/.plt-scheme/4.0/collects.

Actually, the multifile version of the library works also with Ikarus if you have a recent enough version (right now I am using the trunk, version 0.0.3+, revision 1654). I have not tried the library on Larceny; I have tried it in Ypsilon Scheme which however has a small bug so that it does not run there (the bug is already fixed in the trunk). You should always keep in mind than R6RS implementations are pretty young and that implementors are still working to make them really compatible. I have also prepared an R5RS version which should work in Chicken Scheme, at least in the interpreter:

However I have developed and tested sweet-macros in Ikarus only (caveat emptor!). Still, since the title of this blog is The Explorer, I think it is fine if we deal with exploratory code.

You can check that the installation went well by importing the library:

and by trying to define a macro.

Here is a multi-define binding construct which allows to define many identifiers at once:

As you see, Scheme macros are based on pattern matching: we are giving instructions to the compiler, specifying how it must acts when it sees certain patterns. In our example, when the compiler sees a multi-define expression followed by two sequences with zero o more arguments, it must replace it with a begin expression containing a sequence of zero or more definitions. You can check that this is exactly what happens by means of syntax-expand:

Notice that (multi-define () ()) is valid code expanding to a do-nothing (begin) expression; if you want to reject this corner case, you should write your macro as

so that multi-define requires one or more arguments. However, it is often useful to accept degenerate corner cases, because they may simplify automatic code generation (i.e. multi-define could appear in the expansion of another macro).

multi-define works as you would expect:

I have just scratched the surface of Scheme macros here: I leave the rest for the next episode, don't miss it!

Have an opinion? Readers have already posted 6 comments about this weblog entry. Why not add yours?