The Explorer
The Adventures of a Pythonista in Schemeland/13
by Michele Simionato
February 3, 2009

Summary
The first installment of my long-awaited third cycle of a Pythonista's adventures with Scheme is devoted to Scheme's functional aspects.

A minimal introduction to functional programming

I assume you already know what pure functional language means: a language is purely functional if variables cannot be re-assigned, data structures cannot be modified, and side effects are excluded.

The purest functional language out there is probably Haskell; on a lower level of purity we find the languages of the ML family (SML, OCAML, F#, ...); on a lower level there is Scheme. Python and Common Lisp are at the same level, both below Scheme.

True functional languages have strong support for recursion (tail call optimization), for higher order functions and for pattern matching; moreover, true functional languages are based on immutable data structures. Scheme is somewhat less functional than SML and Haskell, since Scheme lists are mutable, currying is not supported by the base syntax of the language, (it can be implemented via macros, of course) and generally speaking one uses higher order functions less.

While not pure, Scheme can be quite functional if you avoid rebinding and you restrict yourself to functional data structures, and it allows many typical idioms of functional programming which have no counterpart in imperative programming. We already saw a common trick in episode #5, i.e. the accumulator trick, which is a way to avoid mutation in loops by using recursion. In this episode and the next ones we will show many others. 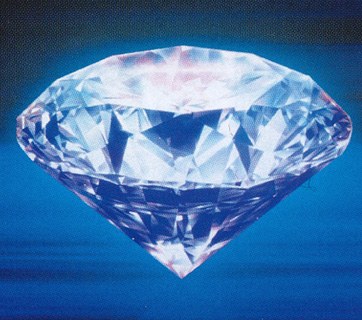 The purity of functional languages

Historically, the basic data types of Lisp languages (pairs and lists) have always been mutable. In all Lisp dialects (including Scheme) it has always been possible to modify the car and the cdr of a pair freely. The situation changed with the R6RS report: nowadays the imperative procedures set-car! and set-cdr! have been removed from the rnrs environment.

Actually, it is still possible to mutate pairs, but only by extending the rnrs environment, i.e. by importing the (rnrs mutable-pairs) extension, which is part of the standard library but not of the core language. This is a clear indication of the fact that the functional paradigm is somewhat a recommended paradigm in Scheme, even if it is not enforced (in strongly functional languages, such as SML and Haskell, lists are immutable and there is no other option).

I should notice that the requirement of importing (rnrs mutable-pairs) is only valid for scripts and libraries: the behavior of the REPL is unspecified in the R6RS document (actually the R6RS forbids a REPL but every R6RS implementation provides a REPL with some different semantics) and implementations are free to import or not to import mutable-pairs in the REPL. The REPL of Ikarus imports mutable-pairs by default, so you have at your disposal set-car! and set-cdr!, but this is an implementation specific choice; other implementations can behave differently from Ikarus at the REPL, and in general they do.

Excluding code typed at the REPL, in principle the compiler could use immutability optimizations for library code not importing the (rnrs mutable-pairs) extension. In practice, a Scheme compiler cannot perform the optimizations based on the assumption of truly immutable pairs, because the current standard says that cons must allocate a new pair and cannot re-use a previously created one (i.e. (eq? (cons x y) (cons x y)) is always false for any value of x and y: even if the two conses have the same value, they correspond to different objects).

Really immutable pairs (and thus lists) have lots of advantages: I would welcome them in the standard, but I am not sure if that will happen, since there is a potential compatibility breaking problem. I can only hope for the best. Immutability has advantages from the point of view of efficiency and makes the life of language implementors easier, but those are not really important point for an application programmer.

The important point for the mere mortals is that programs based on immutable data structures becomes easier to understand and to debug. For instance, consider a routine taking a list in input and suppose that the content of the list is not what you would expect. If the list is mutable you potentially have to wonder about your whole code base, since everything could have mutated the list before reaching the routine you are interested in. If the list if immutable, you are sure that the bug must be in the procedure which created the list, and in no other place.

Moreover, functional structures avoid whole classes of bugs (I am sure every Pythonista has found some issue with lists being mutable, especially when used as default arguments) especially in the hairy situations of multithreaded code. In my Adventures I will never rely on the ability to mutate pairs, and I will use pairs as functional data structures.

There is apparently an issue with immutable data structures: in many imperative programs one needs to modify the data: but how can you update an immutable object?

The answer is actually pretty simple: you don't. Since you cannot mutate an immutable object, the only option is to create a brand new object with a different content from the original one. This mechanism is called functional update: for instance, it is easy to define two functional procedures set-car and set-cdr performing the job of set-car! and set-cdr! but without mutation:

What if you want to (functionally) update the n-th value of a list? The trick is to use recursion:

Notice that list-set is nicer than its imperative counterpart:

Notice the use of the R6RS procedure (list-tail lst n) which returns the tail of lst starting from the n-th element. The indexing starts from zero, as usual (for instance (list-tail '(a b c d) 2) is the list (c d)). The important bit to understand how list-set! works is that list-tail returns the tail, and not a copy of it: by mutating the tail you are actually mutating the original list. This is clearly quite risky.

The R6RS standard does not provide primitives for functional update out of the box ( list-set! is not in the standard since it is of very little utility: if you want to be able to modify the n-th element of a sequence, you are much better off by using a vector and not a list). However, it does provide primitives to remove elements for a list functionally:

(you can find other list utilities in R6RS standard library).

One would expect functional update to be much slower than imperative update, because of the need of creating potentially long lists to modify just a single element. However, this is not necessarily true. It all depends on how smart your compiler is. A smart compiler can internally use mutation (at the machine level), so in principle it could be as fast as imperative code. The advantage is that mutation is managed by the compiler, not by the programmer, who can think purely in terms of immutable data structures.

It is true that compilers for functional languages are still slower than C compilers in average, but they are not so bad. In most situations the slowdown is acceptable and in particular situations compilers for functional languages can be faster than a C compiler. Moreover, they allow for memory optimizations. For instance, you can memoize an immutable list, whereas you cannot memoize a mutable one.

Since I come from a Python background I do not care much about performance and optimizations, but I care a lot about maintainability of programs and bug reduction, as well as about conceptual cleanness. Moreover, this series has also some pedagogical intention, therefore I will prefer functional solutions over imperative ones here, in order to show new ways of doing old things.