The Explorer
The Adventures of a Pythonista in Schemeland/16
by Michele Simionato
February 17, 2009

Summary
This episode is a direct continuation of latest issue: it gives example of use of the destructuring bind form let+ introduced there. I also discuss multiple values, unary functions and functions with optional arguments.

There is a feature of Scheme that I never liked, i.e. the fact that functions (more in general continuations) can return multiple values. Multiple values are a relatively late addition to Scheme - they entered in the standard with the R5RS report - and there has always been some opposition against them (see for instance this old post by Jeffrey Susskind). I personally see multiple values as a wart of Scheme, a useless complication motivated by premature optimization concerns.

It is possible to define functions returning multiple values as follows:

In order to receive the values a special syntax is needed, and you cannot do things like the following:

Instead, you are forced to use let-values or other constructs which are able to accept values:

In this series I will never use functions returning multiple values, except the ones in the Scheme standard library (this is why I am forced to talk about let-values). Instead of using multiple values, I will return a list of values and I will destructure it with let+. For instance, I will write

let+ is more elegant and more general than let-values: everything let-values can do, let+ can do too. let+ can even faster - in some implementations and in some cases. Here is a benchmark in Ikarus Scheme:

As you see, let+ takes only 211 ms to unpack a list of three elements ten million times; let-values would take 276 ms instead. On the other hand, let+ involves garbage collection (in our example 24 bytes are allocate per cycle, and thats means 240 million of bytes) and depending on the situations and the implementation this may cause a serious slowdown. You may find much better benchmarks than mine in this thread on comp.lang.scheme and you will see that you can get any kind of results. let-values seems to be slow in Ikarus and in Ypsilon with the default optimization options; it can be faster in other implementations, or in the same implementations with different options or in different releases.

However, those are implementation details. The important thing in my view is the conceptual relevance of a language construct. Conceptually I think the introduction of multiple values in Scheme was a mistake, since it added nothing that could not be done better with containers. I think functions should always return a single value, possibly a composite one (a list, a vector, or anything else). Actually, I am even more radical than that and I think that functions should take a single value, as in SML and Haskell.

If you have a minimalistic mindset (as I have) you will recognize that multiple argument functions are useless since they can be implemented as unary functions performing destructuring. Here is a simple implementation of the idea:

Here are a few examples of usage:

All the functions defined via define/fn take a single argument, a list, which is then destructured according to the declared structure. double expects a list with a single element named x; sum expects a list with a variable number of elements val; sum-2D expects a two-element lists made of two-element lists named (x1 y1) and (x2 y2) respectively. You can easily imagine more complex examples with deeply nested lists. 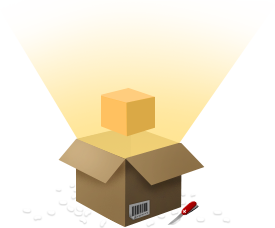 It is interesting to notice that Python has the list destructuring/tuple unpacking functionality built-in:

This is valid Python code in all versions of Python before Python 3.0. However, in Python 3X this functionality has been removed for lack of use (sic).

The advantage of unary functions is that they are easier to compose, and many functional patterns (including currying described in episode #14) becomes possible. However, Scheme is not ML or Haskell, so let us accept functions with multiple arguments and let us take advantage of them to implement optional arguments. This is the subject of the next paragraph.

A weekness of standard Scheme is the lack of functions with default arguments and keyword arguments. In practice, this is a minor weakness since there many libraries implementing the functionality, although in different ways, as usual. I recommend you to look at SRFI-88 and SRFI-89 for more context. Here I will implement equivalent functionality from scratch, as yet another exercise to show the power of let+. Let me start from an example, to make clear the intended functionality. Let me define a function f with optional arguments as follows:

It is clear that in order to implement the functionality the trick is to override the defaults of the optional argument with the passed arguments, if any. To this aim we will need the following helper function:

(we introduced the list-tail function in episode #13). At this point it is easy to define an opt-lambda macro doing the job:

I should notice that strictly speaking you do not need a full restructuring form to implement opt-lambda: since override-with-args returns a flat list, a form which is able to destructure flat list is enough. You could implement it easily enough:

However let+ subsumes the functionality of let- and I do not see the point of introducing yet another binding form, except for sake of the exercise. Strangely enough, let- looks even slower than let+ in Ikarus: